In my review of narcissistic behavior in the Betty Broderick movie I will show movie clips to illustrate traits and behaviors of the narcissist, wife and mother Elisabeth (Betty) Anne Broderick, and her victims, ex-husband Dan Broderick, Dan’s new wife Linda Kolkena Broderick,  and Dan and Betty’s four children: daughter Kate, daughter Debbie, son Grant, son Tommy. I also cover the movie’s soundtrack, the storyline, some of the main narcissistic traits and behaviors in this movie, how to recognize them, and some quotes.

Based on real events, this  is the story of a malignant narcissistic woman, Elisabeth (Betty) Broderick who murdered her ex-husband Dan and his new wife Linda. Two television movies were made: (Part 1) A Woman Scorned: The Betty Broderick Story, and (Part 2) Her Final Fury: Betty Broderick, The Last Chapter.

Dan and Betty have been married for almost 14 years when Dan begins having an affair with Linda, a young woman he hires as his assistant at work several months later. After the marriage brakes down, Dan leaves Betty, moves out of the home, and divorces Betty to marry Linda. 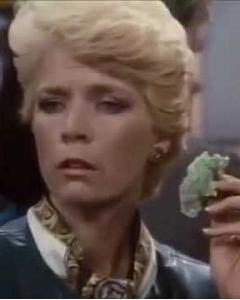 Betty starts a campaign of provocative verbal threats and assaults. She throws things at him, locks him out of the house, and burns his clothes. She vandalizes Dan’s new home such as bashing her truck into his front door while their children were inside the home.

Betty manipulates her children  in her quest for revenge against their father. She uses them as pawns against him without thinking about how this would affect the children themselves.

Ignoring many restraining orders, she leaves countless profane and obscene messages in Dan’s voice mail. She repeatedly threatens him with homicide. Her behavior becomes more and more irrational and violent.

Betty’s rage takes over to the point where she shoots and kills Dan and Linda in their bedroom after she enters Dan’s home at night using her daughter Lee’s key.

During the trials Betty claims that she never planned to kill Dan and Linda and that it was not a premeditated crime. She adds that she was startled by Linda, screaming “Call the police!” and immediately fired her revolver.

Betty’s defense attorney states that she had been a battered wife and that she was driven over the edge by years of psychological, mental, sexual, and physical abuse by Dan. The prosecutor portrays Betty as a murderer who schemed to kill Dan and tries to convince the jury that Betty was not a battered wife.

As a core, malignant narcissist, Betty shows many of its typical behaviors. The one that stands out the most is the classic playing-the-victim-while-accusing-the-real-victim(s) trick.

“Elisabeth Broderick wants very badly to be viewed in this case, not as the killer, but as the victim…” –Prosecutor

Betty has this one down to a science; not only in front of everyone in the court room, she also manipulates and lies to the media with ease, who eagerly and pitifully portray her as the victim.

“We are dealing with a woman here who has suffered abuse of the most violent kind at the hands of her ex-husband for well over 20 years.” –Defense Attorney

In all her defensive efforts, Betty vacillates between denial  (“I never planned to kill… it was not premeditated”) and self-justification when she makes it look like it is their fault and they made her do it.

Another one of Betty’s conspicuous behaviors is her continuous provocative and mostly childish defiance against Dan and Linda, even after they obtained multiple restraining orders against her.

Resorting to such torments as locking out Dan from his home, burning his clothes, throwing things at him, vandalizing his home, threatening with homicide, and leaving obscenities on his answering machine, Betty is hell-bent on creating big drama.

In my video course Mastery Over Madness, I explain the narcissistic traits of each of these twelve groups and how they relate to what I call The Six Axes of Evil ™.

The twelve groups and the six axes of evil, including the four classic defense mechanisms, are all charted on a clock. For more information on how to recognize all narcissistic traits and behaviors and how to access my video course, go to: Course Mastery Over Madness

Through lots of confusion and willful destruction of her relationships with her ex-husband and directly or indirectly with her children, Betty causes a great deal of instability and chaos in the family.

Rather than owning up to her motives and terrible deeds, Betty uses three tactics to deflect her responsibilities: 1) victimhood, 2) self-justification, and 3) dissociation.

The third one is one of the four classic defense mechanisms. Betty used this when she was pretending that she was just a “powerless” observer and that everything just suddenly “happened” to her.

These are all narcissistic behaviors and resulting manifestations of the 6 o’clock group. Betty’s ongoing accusations and vilifying against Dan and Linda are behaviors of the 12 o’clock group. Together the traits of these two groups are part of the 6-12 axis of evil.

“Those kids mean everything to me, everything!” –Betty

“I am sorry, but it is hard for me to trust lawyers” –Betty

“Dan could manipulate the system so well. He was the best. I already had to fire one incompetent lawyer.” –Betty

“Towards the end she just wanted money more than anything” –Tommy

“We were supposed to guard our keys to his house, like with our lives. He didn’t want mom to have them…” –Kate

“I tried to be perfect! Absolutely flawlessly perfect for Dan Broderick!” –Betty

“Your mom is not well. She is not insane under the legal definition, but she definitely has been out of control for a long time.” –Prosecutor

“Elisabeth Broderick wants very badly to be viewed in this case, not as the killer, but as the victim… Even her own children recognize it…” –Prosecutor

“Mrs. Broderick is not mentally ill, but rather she suffers from a personality disorder, specifically, a Narcissistic Personality Disorder.” –Psychiatrist

Iconic One Theme | Powered by Wordpress
Password Reset
Please enter your e-mail address. You will receive a new password via e-mail.