While attempting to find and steal her jewels, Gregory Anton murders Alice Alquist, an opera singer of world fame, in her home in London. He escapes when he is interrupted in his search by little Paula, Alice’s niece.

Years later, when Paula is an adult, she falls in love with the same Gregory. With his outwardly charming and romantic behavior, Gregory convinces Paula to rush into marriage within a couple of weeks and to go back to the still vacant house in London she inherited from her aunt Alice.

When Paula discovers a letter addressed to Alice, dated just a couple of days before the murder, from a man by the name of Sergius Bauer, Gregory immediately reacts very aggressively, but then quickly calms down again, blaming his violent reaction on Paula’s supposed bad memories.

After this incident, strange events begin to take place. During a visit at the Tower of London, Paula loses a precious brooch that she thought was really safe inside her handbag. Then Gregory accuses Paula of having taken down a picture on the living room wall. 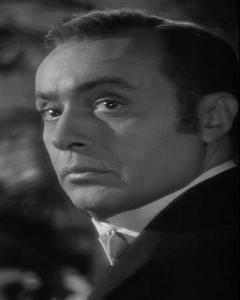 In the mean time Paula starts hearing footsteps from the attic while the gaslights are more dimmed. When she asks Gregory what could be causing these events, he tells her that she is just imagining things.

Gregory begins to isolate Paula more and more from neighbors and friends. He forbids her from going out and having visitors because of her supposed nervous breakdown and imagining unreal things.

When other people are asking about Paula, Gregory acts jealous and puts them down. During a musical performance in the home of a friend, Gregory shows Paula that his watch has gone missing. He then finds it in Paula’s handbag upon which she goes into a panic. She is then being taken home by him.

Gregory is secretly flirting with Nancy, the young maid, who is showing more and more disdain for Paula. When Paula tells Gregory that she is convinced that Nancy is totally against her, he tells her again that she is imagining it all.

Gregory is doing everything he can to persuade Paula that she is becoming insane. However, during the visit at the Tower of London, Scotland Yard Inspector Brian Cameron, who admired Alice, noticed Paula who looks a lot like her aunt.

Brian, who also attended the musical performance and saw Gregory’s unusual behavior, learns that Alice owned expensive jewels that were never found. Brain connects the dots and begins to secretly watch the home of Gregory and Paula.

Brian discovers how Gregory secretly enters an empty house next to his own and then enters his own attic via a window in the roof. The next time Gregory does this; Brian slips into Paula’s home and tells her everything he has discovered.

During that same time, Gregory finally discovers the jewels. When he comes down from the attic, Brian and another policeman arrest him. With Gregory bound to a chair, Paula has a change, albeit verbally, to get even with him.

Gregory leaves Paula alone and tries to isolate her from other people. He forbids her to see their visiting neighbors and he does not allow her to have visitors of her own or to leave the house.

By secretly changing and hiding things in the home and among Paula’s possessions, Gregory gradually manipulates Paula into doubting her own perceptions and memories, and tricks her into believing that she is going insane.

Putting up a false, charming image of ideal romance Gregory first seduces and rushes Paula into marriage. Then he tries to cover up and distract her from his crimes and treachery, hiding his true agenda.

In my free video course Mastery Over Madness, I explain the narcissistic traits of each of these twelve groups and how they relate to what I call The Six Axes of Evil ™.

The twelve groups and the six axes of evil, including the four classic defense mechanisms, are all charted on a clock. For more information on how to recognize all narcissistic traits and behaviors and how to access my free video course, go to: Course Mastery Over Madness

Gregory’s outwardly visible, controlling behaviors, such as isolating, forbidding, persuading, convincing, manipulating, and of course gaslighting itself, are all part of the 3 o’clock group.

On the opposite side in the 9 o’clock group we find Gregory’s “hidden” traits that can’t see the light of day. These include behaviors such as distracting, questioning things, tricking (creating make-belief situations),  treachery, and covering up crimes.

Together with those of the 3 o’clock group, these are traits of the 3-9 axis of evil.

“I hear noises and footsteps. I imagine things, that there are people over the house. I am frightened, and of myself too.” –Paula

“Your mother was mad… She died in an asylum with no brain at all!” –Gregory

“It hurts me when you are ill and fanciful.” –Gregory

“My dear, if you let her in once, you will always have her here… I do no want people all over this house!” –Gregory

“You might lose it. You know, you are inclined to lose things, Paula.” –Gregory

“Oh Paula, didn’t I tell you? How did you come to lose it?” –Gregory

“I am sorry I spoiled the day by bringing you home so soon.” –Paula

“Will you please get it from wherever you have hidden it and put it back in its place?” –Gregory

“I only looked there because that is where it was found twice before. I didn’t know, Gregory, I didn’t know!” –Paula

Iconic One Theme | Powered by Wordpress