This film is about a narcissistic father, Adam Trask, a lettuce farmer in the Salinas Valley, California, and his two rivaling twin sons Caleb (Cal) and Aron. Adam portrays himself as a strict, devoutly religious man.

Cal, the “bad” son, is resentful because his father favors his brother Aron, the “good” son. The wayward, unappreciated Cal contends with his brother for the love and approval of his father.

Steinbeck’s classic drama is an interesting adaptation of the age-old Biblical story of Adam’s sons Cain (Cal) and Abel (Aron) with a remarkable twist.

While in the Biblical version Cain was evil and remains evil and Abel was good and remains good; not so in Steinbeck’s version. In the end Cal becomes the hero and stays, while Aron rejects and abandons his father. 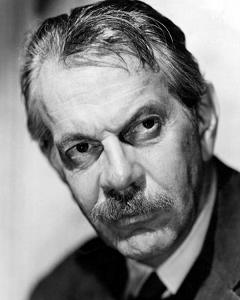 Adam Trask in East of Eden

Although he means well, Cal is frustrated and unhappy. He has difficulty staying out of trouble and is unable to meet the expectations of his father. Only Abra, his brother’s girlfriend, and sheriff Sam recognize that Cal has in essence a good heart.

Cal finds out that his mother Kate is alive and that she manages a whorehouse in Monterey. He now knows that his father lied to him and his brother when he told them that their mother “had gone to heaven.”

When Cal sees his estranged mother in Monterey, he tells her that he is more like her. He asks her why she abandoned the family and she explains to him that Adam wanted to own her, tie her down, and tell her what to do; that he wanted to keep her all to himself away from everybody.

Adam loses a lot of money when one of his new business ventures fails. In an effort to “buy” his father’s affection and respect, Cal decides to start a bean-growing business to make money and help his father recoup his losses. Cal asks his mother to borrow him the $5000 he needs to get his business going, which she reluctantly agrees to.

Cal succeeds in his business and plans together with Abra to give his earnings to his father as a surprise gift for his birthday. Aron is jealous of what Cal is about to do and preempts his brother by announcing his engagement with Abra during the birthday party.

Adam openly shows his happiness about Aron’s announcement, but refuses to accept the money from Cal on the grounds that the money was earned from what he sees as “war profiteering.”

Cal does not understand this. He interprets his father’s reaction as another rejection of him and totally breaks down while trying to hug his father. Cal goes outside in grief and Abra tries to comfort him.

Aron then verbally threatens Cal and, likely copying his father’s Bible quotes about Cain, saying that he doesn’t trust him, that he is no good, and that he is mean and vicious and wild.

The now angry Cal takes revenge by confronting Aron with the truth about their mother Kate and her sinful life in Monterey. Cal takes him to Kate and says to her: “Mother, this is your other son Aron. Aron is everything that is good, Mother. Aron, say hello to your Mother.”

Leaving Aron behind, Cal returns home alone. Shocked and unable to cope with the situation, Aron gets drunk and decides to board a train to join the army. Cal tells his father where Aron is.

Adam hurries to the train station to deter Aron from leaving. It is too late. While the train is already moving away, he can only watch how his son crushes the window of the rail car with his head and laughing at him like a maniac.

The stress of the entire situation causes Adam to suffer a stroke and become paralyzed. Abra explains to Adam why Cal behaved the way he did and begs him to show Cal his love and allow Cal to do something for him before it is too late.

Adam finally has a change of heart and asks Cal to help him to get another (i.e. replace) nurse, the hardhearted nurse that neither one of them can stand. Adam and Cal reunite, and Cal, finally feeling appreciated and loved, starts taking care of his father. Overjoyed, Cal and Abra have their first kiss.

Adam’s malign attitude towards Cal shows in many different ways, such as never showing him any respect whatsoever. As harmful as that is, Adam’s main issue wit Cal, demonstrated throughout the entire movie (except for the very end), is his inability to give or receive love from him.

Under the pretense of staying morally on the high ground, Adam’s rejection of Cal’s earnings as a gift and Cal’s reaction of extreme emotional pain is perhaps the most heartrending part of the movie. Adam’s pride is causing him to have a very hard time asking for or accepting help for anything, let alone love.

One of the final scenes where the a courageous Abra at last points out to Adam that it is the worst thing in the world not to be loved, and how this caused Cal to become mean and violent and cruel, sums it all up.

Other aspects of Adam’s narcissistic character are his controlling nature and his selfishness. These traits are most poignantly stated by Kate, when she blurted out to Cal  that his self-righteous father always wanted to tell her what to do and that he wanted to own her and keep her all to himself.

One can’t help but think that perhaps Kate became who she had become after she was treated the same way by Adam that Cal had been treated by him.

In my video course Mastery Over Madness, I explain the narcissistic traits of each of these twelve groups and how they relate to what I call The Six Axes of Evil ™.

The twelve groups and the six axes of evil, including the four classic defense mechanisms, are all charted on a clock. For more information on how to recognize all narcissistic traits and behaviors and how to access my video course, go to: Course Mastery Over Madness

Adam’s inability to give his affection, never asking for help or love,  and not forgiving (releasing) someone, are narcissistic characteristics of the 1 o’clock group.

Not appreciating or even rejecting someone’s gift, sincerely given from the heart, as well as favoritism (treating one child as “the golden child” and another as “the black sheep” or the “scapegoat”) are narcissistic behaviors of the 7 o’clock group. Together with those of the 1 o’clock group, these are traits of the 1-7 axis of evil.

Adam’s refusal to take the money offered, declining it for supposed moral  reasons, as well as his selfish, self-righteous, and controlling character are all narcissistic signs of the 3 o’clock group.

Lying (in this case Adam lying to his sons that their mother had died and again to Cal when he lies about the reason for his scar in his shoulder) is one of the 9 o’clock group behaviors. Together with those of the 3 o’clock group these traits are all part of of the 3-9 axis of evil.

“You have no repentance. You are bad, through and through, bad.” –Adam

“You are right. I am bad. I knew that for a long time… It is true. Aron is the good one. I guess there is just a certain amount of good and bad you get from your parents and I just got the bad.” –Cal

“I don’t have to explain anything to anybody.” –Cal

“I have got the toughest house on the coast – and the finest clientele. Yeah! Half the stinking city hall go there.” –Kate

“You know it too, don’t you? Father and I have put up with every mean and vicious thing you could think of ever since you were a child, and we have always forgiven you.” –Aron

“Excuse me, Mr. Trask, for daring to speak to you this way, but it is awful not to be loved. It is the worst thing in the world. Don’t ask me how I know that. I just know it. It makes you, it makes you mean and violent and cruel. And that is the way Cal has always felt, all his life. I know you didn’t mean it to be that way, but it is true. You never gave him your love. You never asked him for his. You never asked him for one thing. Cal is going away, Mr. Trask. But before he goes, well, he did something very bad, and I am not asking you to forgive him. You have to give him some sign that you love him, or else he will never be a man. He will just keep on feeling guilty and alone, unless you release him. Please help him. I love Cal, Mr. Trask, and I want him to be whole and strong and you are the only one who can do it. So try, please try. If you could, if you could ask him for something. Let him help you so that he knows that you love him. Let him do for you. Excuse me, Mr. Trask, for daring to speak to you this way, but I just had to.” –Abra

Iconic One Theme | Powered by Wordpress
Password Reset
Please enter your e-mail address. You will receive a new password via e-mail.